Our company provides transportation services of heavy haul trucking. If you need to ship items that won’t fit on standard flatbeds – even things that can’t fit in a single highway lane – we’re we are ready to help you with this.

Our truck with Conestoga can be loaded and unloaded with ease, so fragile and valuable cargo takes less risk of damage throughout the shipping process. It offer more coverage than use tarps to tie down and protect cargo, and reduce the occurrence of tarps damaging the cargo they're attempting to protect.

Less than truckload freight shipping (LTL) is used for the transportation of small freight or when freight doesn’t require the use of an entire trailer. The advantage of LTL shipment that you only pay for the portion of the trailer used. The rest of the cost is covered by the other occupants of the trailer’s space.

miles driven by us

Deliver goods of various sizes throughout the United States of America.

Many regular customers who choose our company to deliver their products. Always in time and safety.

Great experience in the delivery of goods of varying complexity. Professionalism and punctuality are main our advantages.

ABOUT US
Company history

The company AGN has more than five years experienced , more than a million miles traveled.

We do all the best to give you maximum capacity and flexibility for all your shipping needs. We collect and deliver your cargo in one truck, it provides more security and extremely attractive lead times due to less handling. You can be sure that your shipments reach their destination on time, in perfect condition and safely.

The company AGN works hard to minimize the risk in everyday work. Our driver pays the utmost attention to safety and the security of every cargo. Cooperation with AGN will open for you new perspectives in business, you will save with us and you can always be sure of the safety of your cargo.

Shipping by the United States is carried out by us is not the first year. During our work, we have not only developed optimal routes of communication between the states, but also established business relations with many partners, which speaks of the reliability of AGN and that it can be trusted with any cargo.

With over thousands of happy clients globally, here at AGN we thrive on providing the best service possible. The best reward for us is your satisfaction of our work.

You can connect with us using a special form. 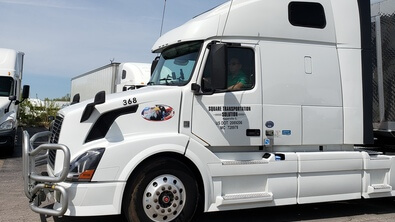 Most of the cargo in the United States is transported by road. It's a huge and demonopolized market. The US long-haul market is huge and yet completely demonopolized ... 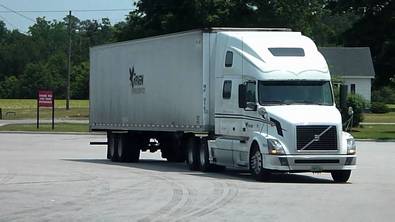 The 160,955 miles of National Highway System (NHS) allows you to skip great number of cars, trucks and goods, and its foundation is the federal highway system ... 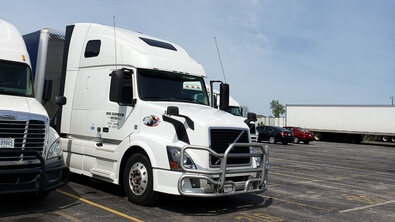 The toll roads of USA

Every driver in America at least once in his life, but faced with toll roads and bridges in the United States. Well, the driver of a large truck not an exception ...

Most of the cargo in the United States is transported by road. It's a huge and demonopolized market.

The US long-haul market is huge and yet completely demonopolized.

According to the consulting company IBISWorld, at the beginning of 2017 the turnover of the long-haul truck industry amounted to $ 182 billion. And in the period 2011–2016 it's grew at an average of 2.1% per year. The industry employed 1,09 million people. Operated 388,698 companies and private entrepreneurs.

At the same time, there were no companies with a dominant share in the market. Even after the merger with Knight Transportation, 23,000 trucks, 77,000 trailers and 28,000 personnel will operate with the largest national carrier of goods, hoping to reach a turnover of $ 5.1 billion. Now there are 3,900 trucks involved in business do not belong to the company, but to private owners - drivers. According to IBISWorld in May 2015, about 90% of cargo carriers in the country were self-employed - individual entrepreneurs.

Any manufacturing or trading company in the United States with access to the highway prefers to use motor transport to deliver the necessary raw materials and products. Trucks allow you to build a workflow on the principle of just in time, which reduces the cost of warehousing and storage. Thus, trucks of different classes in the USA deliver everything except for bulk products over long distances (this is done by the railway) and oil, gas (pipelines and tankers). Freight shipping as a whole contributes, according to various estimates 5–6% to the gross national product of the USA.

According to the Bureau of Transportation Statistics (BTS) in 2013 12.66 billion tons of cargo from the total freight turnover of 18.2 billion tons was transported by road in the country (for comparison: rail – 1.7 billion tons, and pipeline - 1.4 billion tons).

According to the BTS forecast, by 2040 the traffic flow on roads will grow to 17.04 billion tons.

The 160,955 miles of National Highway System (NHS) allows you to skip great number of cars, trucks and goods, and its foundation is the federal highway system (Interstate Highway System, 48.181 miles), which began to be built in 1956 under President Eisenhower. It's finished in general in 1992, but continue to gradually expand.

In the US, these roads are considered strategically important objects for the defense, economy, and mobility of the population, and their condition and safety are coordinated by the states and the federal government.

Interstate Highways changed America. It has become what we know it today: thriving cities and suburbs with an abundance of shops, restaurants and cinemas. Go to the American hinterland, to Cincinnati or Omaha - and everywhere you will find the same shopping centers, sparkling hotels and office buildings, jeeps and minivans, the same level of comfort in homes. The amenities that Americans have become accustomed to would not have been possible without Interstate roads.

The project gave the United States the widest and densest network of high-speed highways in the world. The size of the construction was impressive. They poured so much concrete that it would be enough to pave the sidewalk to the moon. But much more impressive was the economic impetus, which gave the country a new road network.

The toll roads of USA

Every driver in America at least once in his life, but faced with toll roads and bridges in the United States. Well, the driver of a large truck not an exception. Toll roads are so firmly established in the lives of Americans that many initially take them for granted.

At the moment, toll roads (which include bridges and tunnels) also exist in 35 states, that is. in most states they are present. The total length of such roads exceeds 5,000 miles. As a rule, toll roads are built in or around large cities, and fare is charged on long bridges and tunnels that are simply not overtaken. On the other hand, every toll road should have an alternative. Of course, the spare road will not be so good and fast, but you will not have to pay a fee.

Most toll roads and bridges / tunnels are equipped with an electronic payment system (cashless tolling), when the fare is charged using a transponder located in a vehicle and tied to a credit card or bank account. The most popular payment systems are EZ Pass (eastern states), iPass (Illinois), SunPass (Florida), K-Tag (Kansas), PikePass (Oklahoma) and others. As a rule, most of the transponders work on the vast majority of toll roads, but there are exceptions.

Another method of payment is cash (cash), which can be collected by road workers (toll attendants) or received at the terminal using a money receiver for notes (usually $ 1 and $ 5) and a special coin funnel.